This article is about the theme. For the company, see DC Comics. For the sets from 2006-2008, see Batman (Theme). DC Comics, previously known as DC Universe, is a subtheme of Super Heroes introduced in December 2011. Preview edition Batman and Green Lantern minifigures were given away at the... 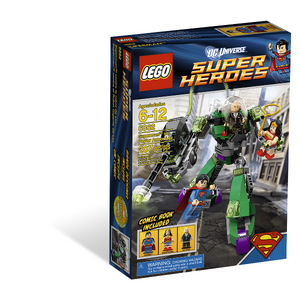 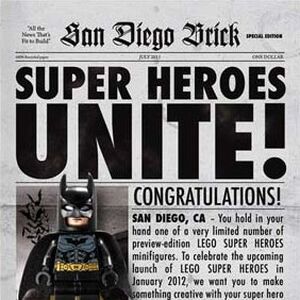 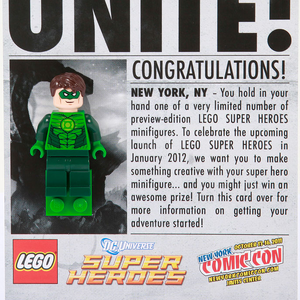 I have this set. But I have a question about it: which Batmobile is the one in it based on? I've never seen that design for a Lego Batmobile before, its always been a long thin one. 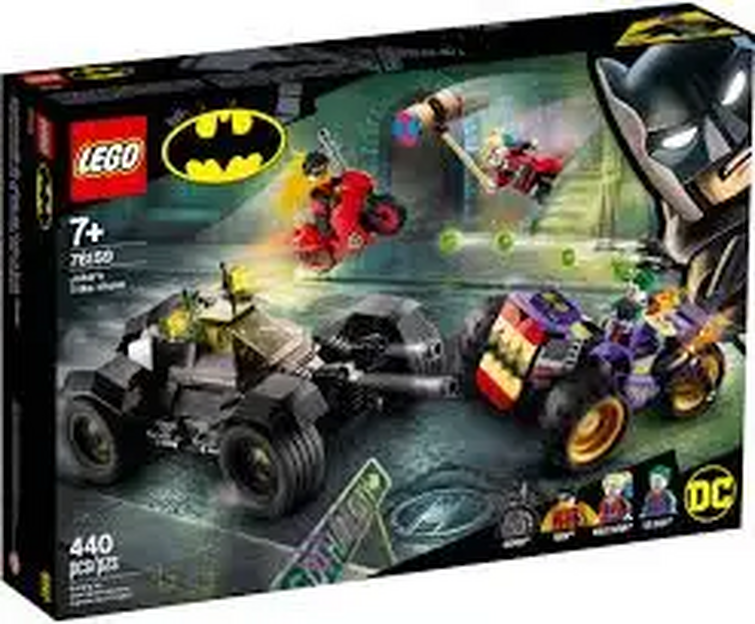 IT Tool mě like 1hr, IT was hard to fit everything to that little place like this.

Some ideas for CMF waves that center on specific franchises.

*Replace with Shang and Tiana if Tarzan characters can't be done for rights reasons or somesuch.

2nd Disney+ Marvel Wave (Assuming the rumored Disney+ list is accurate, this is what I would want for a second wave. Spoilers for the shows ahead):

Ultron with cape and Infinity Stones from What If...?

Nintendo (This one is a longshot, but a guy can dream)

Lloyd Montgomery Garmadon minifigure with his hairpiece and minifigure head from Ninjago Skybound, and a

So, when I look at this template-https://brickipedia.fandom.com/wiki/Template%3ADCFigs-it says that it "doesn't use the new infobox markup". Anybody know what it means by that, and how-if necessary-we might fix it?

I was thinking of cool Superhero names for Kai, Nya, Jay, Cole, Zane, and Lloyd as the new members of the Justice League in LEGO DC Comics Superheroes. I have to stick with Cole as a ghost, Lloyd being voiced by Sam Vincent, Jay wearing his dark blue eye patch, the Ninjas won't have their masks on and they’ll have their old appearances kept. Zane's Superhero outfit is his Jungle Gi, Lloyd’s Superhero outfit is his Deepstone Armor, Jay’s Superhero outfit is his Skybound/Destiny Robe/Gi, Cole’s Superhero outfit is his Day of the Departed/Honour Robe/Gi and both Kai and Nya’s Superhero outfits are their Fusion Armor. Kai will help Superman in Metropolis, Nya will help Wonder Woman in the Amazon jungle, Jay will help Batman, Robin, Nightwing and Batgirl in Gotham City, Cole will help Flash in Star City, Zane will help Cyborg in New York City and Lloyd will help Green Lantern in space. Kai's vehicle will be the Fire Flyer, Nya's vehicle will be the Water Quadcopter, Jay's vehicle will be the Supersonic Thunder Sky Fighter, Cole's vehicle will be the Polter-Bomber, Zane's vehicle will be the Ice Copter and Lloyd's vehicle will be the Enerjet. After helping the Justice League save the world from villains, the Ninjas sing and dance to their favourite song called The Weekend Whip. Each of the Ninjas’ Bedrooms will be based on their powers, Kai’s bedroom will have a meditation area, a fireplace, pictures of his sister Nya, his parents Ray and Maya, his girlfriend Skylor, red fire coloured walls and a bed with red fire coloured bedsheets. Nya’s bedroom will have a swimming pool, an Aquarium, pictures of her brother Kai, her parents Ray and Maya, her boyfriend Jay, navy blue water coloured walls, a fish tank and a water bed with navy blue water coloured bedsheets. Jay’s bedroom will have a TV, arcade game machines, comic books, blue lightning coloured walls, pictures of his real mother Jennifer Gordon, his real father Cliff Gordon, his girlfriend Nya and an electric bed with blue lightning coloured bedsheets. Zane’s bedroom will have an ice skating rink, air conditioner, titanium white ice coloured walls, pictures of Dr. Julien and P.I.X.A.L, and an ice bed with titanium white ice coloured bedsheets. Cole’s bedroom will have gym equipment, ghostly brown earth coloured walls, and a ghost bed with ghostly brown earth coloured bedsheets. Lloyd’s bedroom will have pictures of his uncle Wu, his mother Misako and his father Garmadon, green energy coloured walls, a training area and a green bed with green energy coloured bedsheets. When in Metropolis, Gotham City and Star City, the Ninjas will wear their civilian clothing, Kai’s civilian clothing is a maroon shirt with his symbol on a chest and brown pants and a red Fire tattoo on his chin. Nya’s civilian clothing is an aqua blue shirt with a dark blue leather jacket, light blue pants and a large gold bracelet with a red jewel on her left arm and a navy blue Water tattoo between her eyes. Jay’s civilian clothing is a blue jacket with a white stripe over a white t-shirt and blue pants with a blue Lightning tattoo on his left cheek. Zane’s civilian clothing is his human form with a white hoodie over a gray shirt and white jeans and a white Ice tattoo on his forehead. Cole’s civilian clothing is his human form with green scar, a dark gray hoodie and black pants with a brown belt and an Earth tattoo between his eyebrows. Lloyd’s civilian clothing is a green shirt, blue pants and a dark green jacket with his dragon symbol on the back and an Energy tattoo on his right cheek. If Bat-Mite is around, Cole will get annoyed by the 5th interdimensional imp and whispers in Jay’s and Kai’s ears about Nya, then Kai and Jay will get mad and use their powers sending Bat-Mite running back to the 5th Dimension. Unlike his friends‘ behavior, Jay has an emotional side and is more mature due to the death of his adoptive parents Ed and Edna. In Return of Ninjago City, Lloyd is really good at talking to the ladies and can easily woo the female Green Lanturn Jessica Cruz getting her phone number after giving her his phone number. When meeting new members of the Justice League, the Ninjas will use their Spinjitzu, dragging in new members, bouncing them around with their Spinjitzu and greeting them as a sign for welcoming the new members, leaving the new members dizzy after the Spinjitzu ride. Here are the Superhero names for the Ninjas.

In the new LEGO set Jokerland Beast Boy and Starfire are in the set. So I was thinking LEGO should make Raven, Arella, Trigon, Slade, Terra, Blackfire, Wildfire, Galfore, and maybe a few other villians. Do u agree and what other characters do u think they should make?

(edited by OUAT IS EPIC)
DC Comics (theme)
There are some errors in this game like this: There are 5 bottles, but it's impossible that Gotham and Metropolis are shrunken, because Brainiac is in Gotham City....
(edited by Dennis Parker)
Batman (Minifigure)DC Comics (theme)Super HeroesLEGO Batman 3: Beyond Gotham
This Robin is Damian Wayne, I know that face from anywhere. All they need for Damian Wayne is his Face, Hair, Chest and Cape. They need on him: Black Arms, Black Legs (Shoe Prints) and Green Hands ... with a angry face and a serious face.
(edited by administrators)
DC Comics (theme)
I looked at him and noticed that he resembles Superboy Prime when he was Superman Prime. Did anyone else notice that?
(edited by MOhara444)
DC Comics (theme)SupermanComic-Con Exclusive Black Suit Superman Giveaway
This post is locked.

Since the videogames rumor thread turned into a DC wishlist thread briefly, I have made this so we have an actual place to post our wishlists/speculation for DC and Marvel characters, sets, etc.

Please be respectful of others' opinions and play nicely, as always.