That's because all sites are wrong

Thanks. Can I ask you in which official sources DeMartinet is linked with that minifigure?

Hi, yes the guy with the long mustache black in the picture' collage is the Lt. De Martinet. He appears in the various LEGO Pirates merchandising during the first years of '90 years.

Like you says the Governor Broadside is another character (DeMartinet is him right arm) and he have a exact minifigure, the number pi004 (with the Bricklink code). 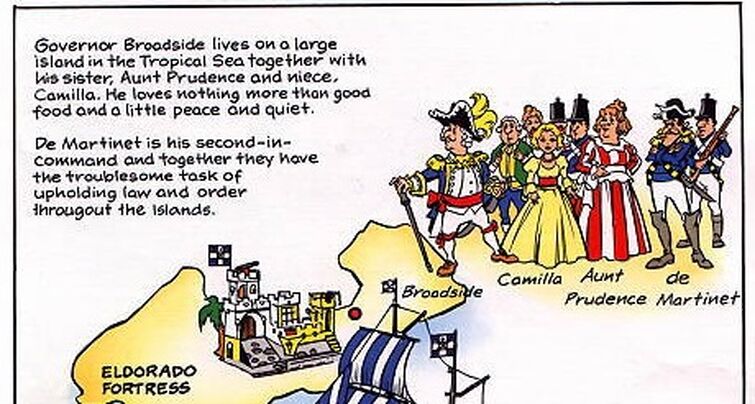 The proof that Broadside have an accurate minifigure you can find in a lot of catalog, like this one in netherland (Grootzei is the netherland translations of Broadside):

But don't exist a link like that for the Lt. De Martinet with the generic minifigure of the Imperial Officer with the red beard!

For that I ask to eliminate the connection between DeMartinet and that minifigure.

Everybody know (maybe) this minifigure from the Pirates theme but....

Whit this post I would ask to eliminate the connection between the character of the "Lieutenant De Martinet" with the minifigure of the generic Imperial Officer present in the LEGO sets because don't exist!

In fact, there is no official reference to the fact that that minifigure is a representation of the character of Lieutenant DeMartinet present in various comics, radio dramas, books, etc. In no catalog or magazine that minifigure is connected to him! This is an inaccuracy transmitted by mistake over time! In addition, the minifigure in red mustache does not look at all like the character present in the various merchandising while other characters, like Redbeard, are very loyal to the minifigures counterparties! 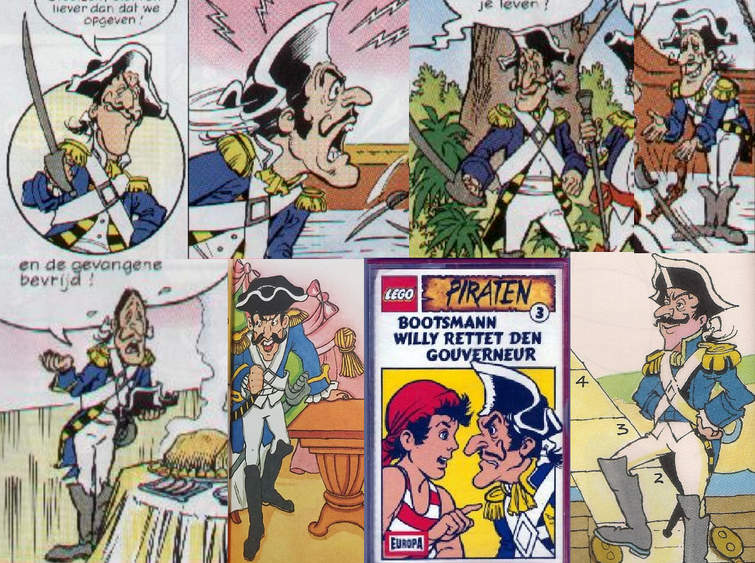