While I agree with ajr's statement that the users there may be slightly lesser compared to Brickipedia, I would still choose to move back to Brickmedia, if given the option, as I believe that Brickmedia is superior to Brickipedia in many ways. However, I really do wish that such incidents do not happen again. The thought of the largest online Lego fan database being wiped clean is not a good thing. At all.

In conclusion, I would definitely support moving back to Brickmedia, and I express my concern for the incident stated above, and hope that such incidents shall not happen again.

Results not out yet I think.

(edited by Omega X.23)
A reply to NightblazeSaber
0

NightblazeSaber wrote: Please tell me I'm not the only one in tears about the May the Fourth promotion (Not really :D But it's by far the dumbest promotional fig ever)

I'll still be getting it though- an easy way to pick up the exclusives with free shipping (provided they don't take free shipping away this year...)

Don't worry, you're not the only one. I'm extremely disappointed too. Han Solo as the exclusive minifigure? Ok, the version is exclusive, but I'm not so keen onto it compared to the 'head-to-toes-shiny' droid we got last year for the same promo. From the pictures I see, Han seems to have a double-sided face with a mummified version, a new brown coat, and the new hat. Hm...not interested at all Lego, sorry......

My MOC in all it's Glory!

Movie:'Sherlock Holmes: A Game Of Shadows'

Background Information: Sherlock Holmes and his accomplices has just discovered Professor Moriarty's plan to ignite a world war! In the climax, Sherlock Holmes invites Moriarty to a game of chess, with several implications. What shall be the end? Well, I can't give any spoilers, can I? ;) 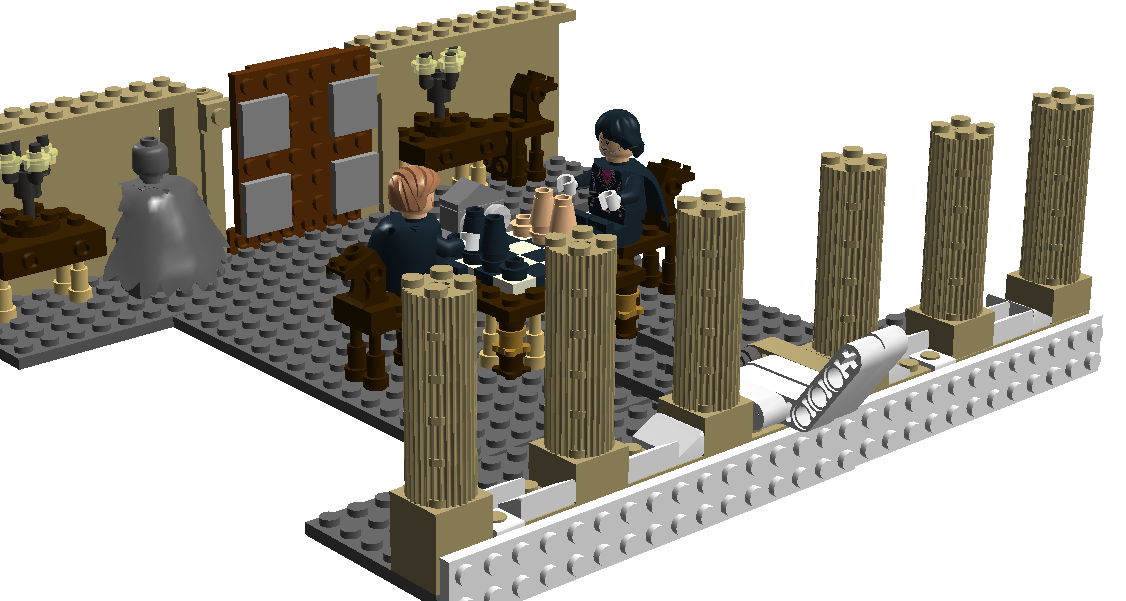 My MOC should be up soon!

Another teaser to spend time while I edit some parts of my MOC!

(edited by Omega X.23)
A reply to Stormjay Rider
0

Thanks for the notice BB!

Darkfox205 wrote: I KNOW THIS ONE! I watched this like 2 days ago. It's Sherlock Holmes: A Game of Shadows. Man, was that a cool movie.

Guess which movie this is!

Guess which movie this is!

I actually didn't want to enter, but after looking at so many great entries, I'm inspired to do something! My entry will be up soon...

Omega X.23 wrote: The table is one of the most interesting designs I've ever seen.

Great entry DarkKnight! I especially like how you did the main fort. Reminds me of Gringotts Bank, don't you think? :) The interior is beautiful, and the table is one of the most interesting designs I've ever seen. My only comment would be the ship. The ship is very detailed and is rather nicely done. However, I find the captain's cabin area rather out of proportion to the rest of the ship with the large use of slope bricks. Well, it's just my opinion, no offence! After all, this is a great Pirate MOC! :) 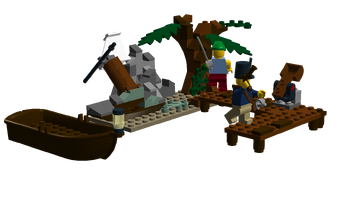 The Imperial soldier has found the Shipwreck island, home to the lost vessel of the Crew of Blackbeard, the solider has landed, but hold him off with the catapult! Flip over the planks and drop the landlubber into the sea! Will the soldier arrest the pirate? You decide!

Hm...Czech, this is quite early to post a entry. But still, it is still not bad! In this small MOC of yours, you've incorporated some of the most classic Pirates elements and scenes, like the rock, forests and shipwrecks. My only comment would be that a bigger mast should be used, instead of a vvrick-built one. It would set height and scale to the MOC.

Also I would be interested to see how this thread would look like at the end of the month!

I'm not really sure whether or not to join. Well, time will tell...

So, perhaps the last entry of this competition, may I proudly present to you, my latest entry(and creation)...Stone Army Fortress! 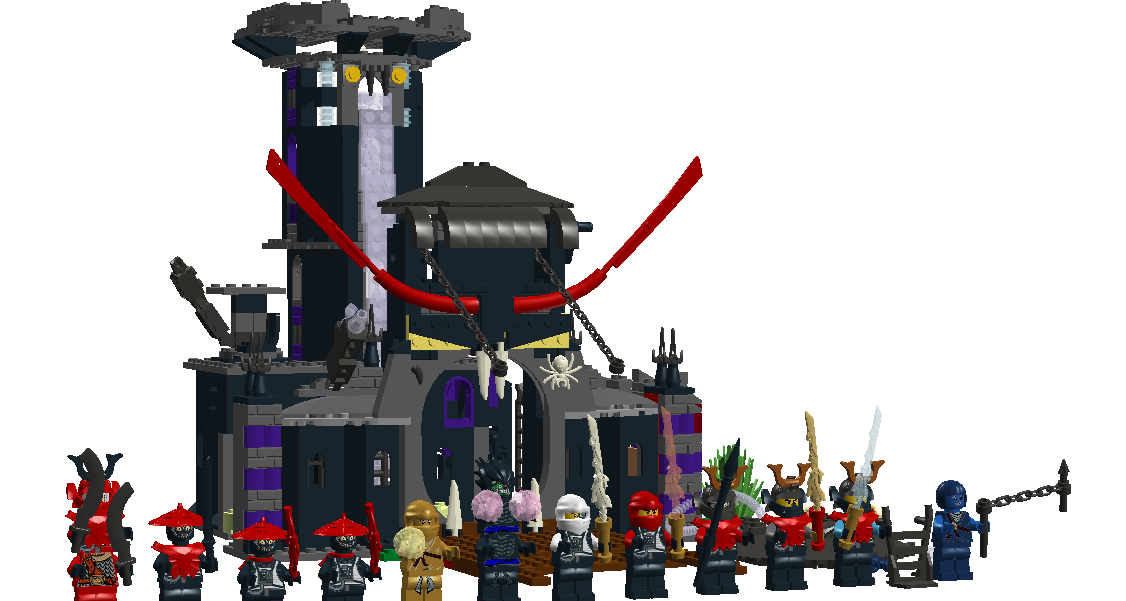 One of my greatest customs in my eyes, this is the product of weeks of planning. I hope you all will like it! The entire text wall of 'behind the scenes' information will be available here: Custom: Stone Army Fortress.

Hm...somehow I always post at the last possible moment, no matter how early I start on a project(like I did at the start of the month). And Yes, I will be participating in this contest. One of the greatest customs I have built in my eyes.

BrickfilmNut wrote: Cool. When/where will it be released?

It will sadly not be released!