Lady Éowyn of Rohan is the daughter of Éomund, niece of King Théoden, sister of Éomer, and later the wife of Faramir. She fought bravely in the Battle of the Pelennor Fields, when she killed The Witch-King of Angmar, after Merry stunned him, avenging her uncle's death. 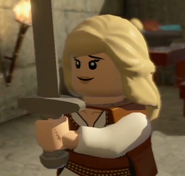 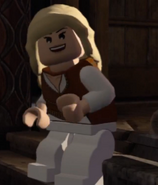 With Faramir at Aragorn's Coronation 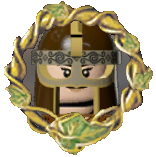