10197 Fire Brigade is a Modular Buildings set that was released on September 1, 2009 as part of the LEGO Modular Buildings line. The set includes three Firefighters and a woman with a tan handbag. This set is a Shop@Home exclusive except for Myer stores in Australia. The set also includes a fridge, a ping-pong table, a dog, a water tank and a truck. The set is designed to resemble a 1930s fire station. The age recommendation is 16 and up. 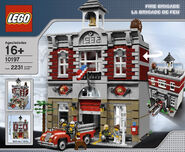 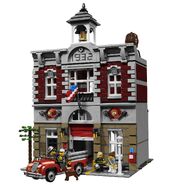 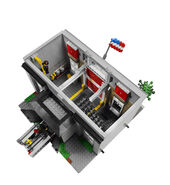 Retrieved from "https://brickipedia.fandom.com/wiki/10197_Fire_Brigade?oldid=1995502"
Community content is available under CC-BY-SA unless otherwise noted.