The Super Star Destroyer measures 124.4 cm (50 inches) long and is made of 3152 pieces. This set includes a redesigned IG-88 and Dengar and a new minifigure, Admiral Piett, along with a Darth Vader minifigure. The set features a smaller representation of the bridge featuring the walkway for Darth Vader, the computer panels on either side of the walkway down below where Admiral Piett takes command and the bounty hunters standing by the exit of the bridge.

Bossk makes his second appearance to date but his variation remains identical to the one from 8097 Slave I released in 2010. Dengar makes his second appearance to date with his first being in 6209 Slave I. Dengar has been re-designed with extra details. Admiral Piett makes his first and only appearance in this set featuring the same face used for Professor Snape in the 2010 Harry Potter sets. Darth Vader appears in his latest variation for the second time with his first being in 10212 Imperial Shuttle. This variation of Darth Vader features a cartoon like face featuring white pupils and added detail.

The set also includes a new Palpatine hologram piece which also appears in one other set, 7964 Republic Frigate.

The Executor was Darth Vader's personal flagship, serving in the Battle of Hoth, and the subsequent asteroid chase with the Millennium Falcon. The battle over Endor saw the destruction of the massive 19 km ship when Arvel Crynyd, Green Leader, rammed into its bridge in a kamikaze attack when he was hit. The Super Star Destroyer plummeted into the unfinished Death Star, causing enormous damage and killing most of the Galactic Empire's best officers.

The SSD on its stand 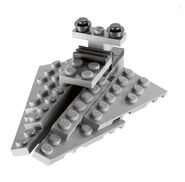 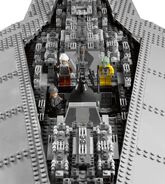 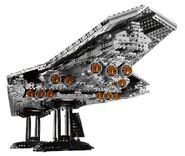 A shot of the interior

A shot of both ships

A shot of the card

The minifigures, front and center 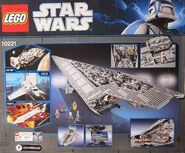 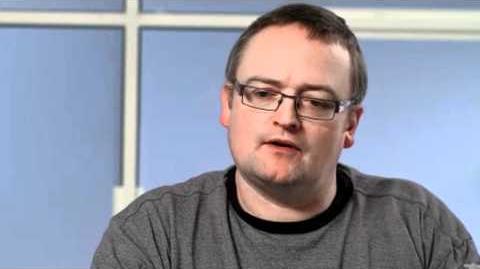