Brickipedia
Register
Don't have an account?
Sign In
Advertisement
in: Class 3 articles, Sets listed for ages 12+, CUUSOO,
and 3 more
English

21101 Hayabusa is the 2nd CUUSOO set based on a Japanese spacecraft released in Japan on March 1, 2012[1]. A limited number of Hayabusa sets will be sold to all 23 countries that Shop@home services sometime this spring, making it the first CUUSOO set to be available internationally.[1] It was the second design to reach 1000 supporters (originally 393 supporters) on the LEGO CUUSOO website, and the next to be made into a set, after 21100 Shinkai 6500. It was originally designed by the user daisuke, before being adapted by LEGO designers. 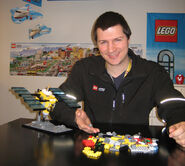 A designer with a prototype

A side view of the prototype 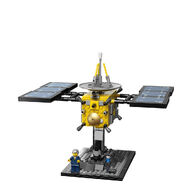