A typewriter is a mechanical or electromechanical machine for typing characters. Typically, a typewriter has an array of keys, and each one causes a different single character to be produced on paper by striking an inked ribbon selectively against the paper with a type element. At the end of the nineteenth century, the term 'typewriter' was also applied to a person who used such a device.

The first commercial typewriters were introduced in 1874, but did not become common in offices until after the mid-1880s. The typewriter quickly became an indispensable tool for practically all writing other than personal handwritten correspondence. It was widely used by professional writers, in offices, business correspondence in private homes, and by students preparing written assignments. 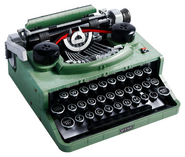 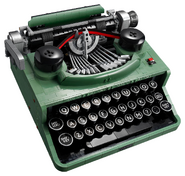 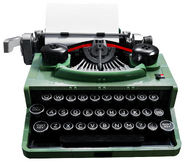 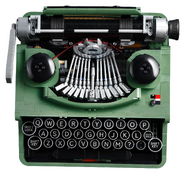