Brickipedia
Register
Don't have an account?
Sign In
Advertisement
in: Class 2 articles, Sets listed for ages 18+, Sonic the Hedgehog,
and 4 more
English

Sonic The Hedgehog is a platform video game developed by Sonic Team and published by Sega for the Sega Genesis (known as the Mega Drive in Japan and Europe) home video game console. The first game in the Sonic the Hedgehog franchise, it was released in North America in June 1991 and in PAL regions and Japan the following month. The game features Sonic the Hedgehog, who can run at supersonic speeds, setting out on a quest to defeat Dr. Robotnik, a scientist who has imprisoned animals in robots and seeks the powerful Chaos Emeralds. The gameplay involves collecting rings as a form of health, and a simple control scheme, with jumping and attacking controlled by a single button.

Development began in 1990 when Sega tasked its developers to create a game featuring a mascot for the company. After considering a number of suggestions, the developers decided on a blue hedgehog and named themselves "Sonic Team" to match their character. Sonic the Hedgehog, designed for fast gameplay, was influenced by games by Super Mario series creator Shigeru Miyamoto. Sonic The Hedgehog uses a novel technique that allows Sonic's sprite to roll along curved scenery, which originated in a tech demo created by programmer Yuji Naka. The music was composed by Masato Nakamura, songwriter of the J-pop band Dreams Come True.

Sonic The Hedgehog was well received by critics, who praised its visuals, audio, and gameplay. It was also commercially successful, becoming one of the best-selling video games of all time with approximately 24 million copies sold worldwide across all platforms. Furthermore, it established the Genesis as a key player in the 16-bit era and allowing it to compete with Nintendo's Super Nintendo Entertainment System console. The game has been ported a number of times, and inspired several clones, a successful franchise, and adaptations into other media. 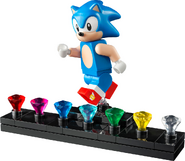 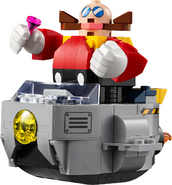 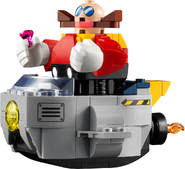