Welcome to the Hero Factory. A place where the most advanced and skilled Heroes in the universe are built to serve one function – saving the world from evil. Alpha team leader Stormer is the best and toughest Hero at the Hero Factory. It helps that he has Bulk and Stringer on his team, but he is driven by something deep inside of him. Years ago, when he was still just a Rookie, he was on a dangerous mission. Their leader was wounded and it was up to Stormer and his fellow Rookie, Von Ness, to save the city. But Von Ness deserted him, and Stormer was forced to go into battle alone. He succeeded that day, just like he has on every mission since then, but he still carries around the feeling that something is left unfinished. A new Rookie team has been assigned to complete their training with Stormer and his crew. Furno looks to be the best Rookie the Factory has seen since Stormer was a Rookie himself. He takes his position as a Hero in training very seriously and yearns for Stormer’s approval, and will push himself to do whatever it takes to get it. He’s joined by fellow Rookies Breez and Surge, as they try to prove to Stormer and each other why they are ready to become true Heroes. As the six Heroes begin to work together on their missions, they start to realize that the bad guys they are fighting are working for someone. Someone from Stormer’s past, with an evil agenda to take down the Hero Factory and Stormer himself. 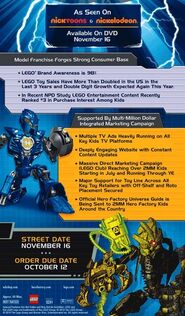 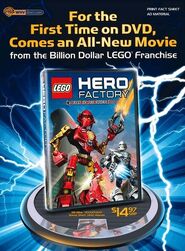