Brickipedia
Register
Don't have an account?
Sign In
Advertisement
in: Class 2 articles, Sets listed for ages 18+, 2020 sets,
and 4 more
English

31199 Marvel Studios Iron Man is a LEGO Art set that was released on August 2, 2020 under the Marvel subtheme.

The Mark LXXXV Armor was Tony Stark's eighty-fifth and final Iron Man suit. An upgrade to the Mark L armor, it was used by Stark during the Time Heist and the Battle of Earth. As the previous armor was destroyed by Thanos, Tony Stark made this new version utilizing nanotechnology with enhanced durability as well as new features. It was created, along with thirty-four other suits, during the five years after the Snap. Before joining in the Time Heist, he recorded a message for Pepper Potts and Morgan Stark in case he did not return. After the Time Heist, the Avengers managed to obtain the Infinity Stones and the Gauntlet. The past version of Thanos managed to obtain the Gauntlet in an attack on them, however, Stark charged at Thanos one more time. In a last-ditch effort, he was able to assimilate the Infinity Stones into his own armor, using the nanotech to activate the Stones. Stark then snapped his fingers, releasing a power surge that turned Thanos and his army to dust. Unfortunately, he was overwhelmed by the power of the Stones, leaving him dying as a result. During Stark's funeral, his family and friends managed to acquire the helmet of the armor and played the message he had left for them. 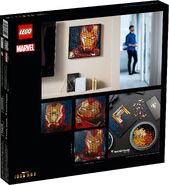 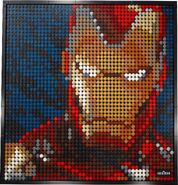 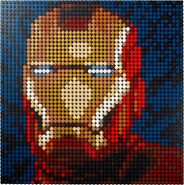 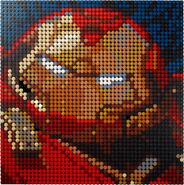