Brickipedia
Register
Don't have an account?
Sign In
Advertisement
in: Class 3 articles, Sets listed for ages 6-12, City,
and 3 more
English

3368 Space Centre (known as Space Center in the United States) is a City Space set released in 2011. 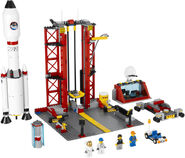 Back view of the rocket and space centre 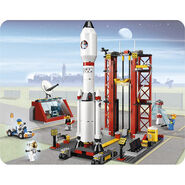