3849 Orient Bazaar is a LEGO Games set that was released in August 2010. It contains many elements one might find in a Persian or Oriental market, and it is notable for the large percentage of pieces that aren't actually used in the construction of the set, which comprises five simple stall structures. It was the first set to feature Microfigures drawn from an earlier set (Ramses Pyramid), though they feature additional printing. Unlike other Games, Orient Bazaar's gameplay focusses on trading and selling rather than careful piece movement. 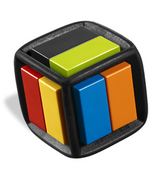 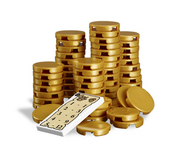 A stack of "coins"
Add a photo to this gallery