3862 Harry Potter Hogwarts is a LEGO Games set that was released in July 2010. It features Hogwarts Castle from Harry Potter. It has 333 pieces.

The game includes the following Harry Potter characters as microfigures:

Unusually, these microfigures have no part in the gameplay (though Dumbledore can be used in one variant) and are included mainly as a bonus. The other microfigures are generic characters, one from each of the four houses, and the set also includes an unprinted dark brown cat to represent Mrs. Norris, the companion of the school caretaker Argus Filch. 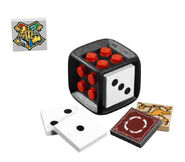 The Die with each of the tiles. 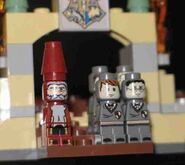 Toy Fair Preview - Figures. Dumbledore's hat is not included in the final set. 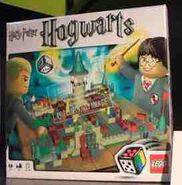