International Youth Day (IYD) is an awareness day designated by the United Nations. The purpose of the day is to draw attention to a given set of cultural and legal issues surrounding youth. The first IYD was observed on 12 August, 2000. International Youth Day is observed annually on August 12th. It is meant as an opportunity for governments and others to draw attention to youth issues worldwide. During IYD, concerts, workshops, cultural events, and meetings involving national and local government officials and youth organizations take place around the world. IYD was designated by the United Nations in 1999 with the adoption of Resolution 54/120. International Youth Day's Slogan for 2020 is "Youth Engagement for Global Action," and the event has been sponsored by several different countries and organizations in the past such as Chennai-based organizations in 2013. 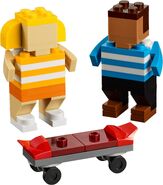