International Literacy Day is an international observance, celebrated each year on 8 September, that was declared by UNESCO on 26 October 1966 at the 14th session of UNESCO's General Conference. It was celebrated for the first time in 1967. Its aim is to highlight the importance of literacy to individuals, communities and societies. Celebrations take place in several countries. Celebrations of International Literacy Day have included specific themes, in line with Education For All goals and other United Nations programs such as the United Nations Literacy Decade. The celebration's theme for 2007 and 2008 was “Literacy and Health”, with prizes awarded to organizations at the forefront of health education. This was also the thematic emphasis of the 2007–2008 biennium of the United Nations Literacy Decade. In particular, International Literacy Day 2008 had a strong emphasis on Literacy and Epidemics with a focus on communicable diseases such as HIV, Tuberculosis and Malaria, some of the world's forefront public health concerns. For 2009–2010 the emphasis was placed on “Literacy and Empowerment”, with special consideration to Gender Equality and the empowerment of women. The theme of the 2011–2012 celebrations is “Literacy and Peace”. 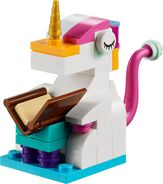