Brickipedia
Register
Don't have an account?
Sign In
Advertisement
in: Class 4 articles, Sets listed for ages 7 - 14, Pirates of the Caribbean,
and 2 more
English

Carriage: The carriage has a treasure chest at the back, and a sitting room at the centre with opening and closing side doors.[4] The front has a turning system to turn the front wheels and the horse accurately.[5] 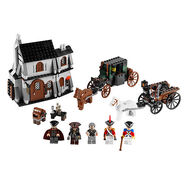 The rear of the tavern 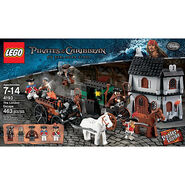