Brickipedia
Register
Don't have an account?
Sign In
Advertisement
in: Class 3 articles, Sets listed for ages 5+, 2020 sets,
and 2 more
English

The film was directed by Les Clark, Eric Larson, and Wolfgang Reitherman, under the supervision of Clyde Geronimi, with additional story work by Joe Rinaldi, Winston Hibler, Bill Peet, Ted Sears, Ralph Wright, and Milt Banta. The film's musical score and songs, featuring the work of the Graunke Symphony Orchestra under the direction of George Bruns, are arrangements or adaptations of numbers from the 1890 Sleeping Beauty ballet by Pyotr Ilyich Tchaikovsky.

Sleeping Beauty was the first animated film to be photographed in the Super Technirama 70 widescreen process, as well as the second full-length animated feature film to be filmed in anamorphic widescreen, following Disney's Lady and the Tramp four years earlier. The film was presented in Super Technirama 70 and 6-channel stereophonic sound in the first-run engagements. In 2019, the film was selected for preservation in the United States National Film Registry by the Library of Congress as being "culturally, historically, or aesthetically significant". 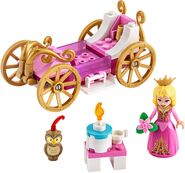 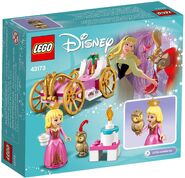