When infected by the Brains, Pyrox turns into a flame empowered monster, with designs based on the mythological creature, the Minotaur. He features a massive left claw, bull-like feet, large horns and carries a flaming torch. Primary colors include red, black, translucent orange and a yellow Brain.

Originating as a quadrupedal, bull-like species, the Pyrox are turned into bipedal monster when infected by a Brain. These are used to attack Makuhero City, along with the other infected creatures. 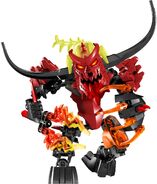 Pyrox before being attacked by an evil brain. 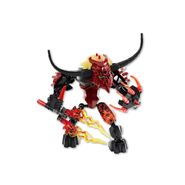 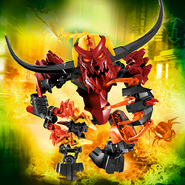 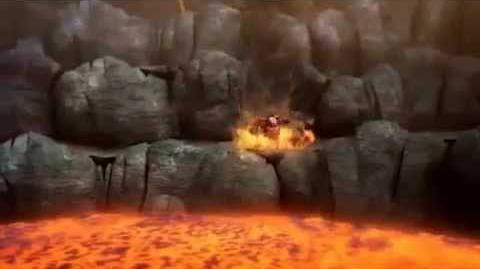