Bruizer is an asymmetrical character; he has one huge, bulky arm and fist, while the other is thinner with a small dagger.
The model has a function where it’s right arm can be moved up and down by flipping the switch on its back.

Bruizer before being attacked by an evil brain parasite. 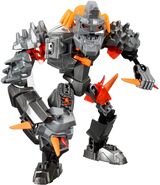 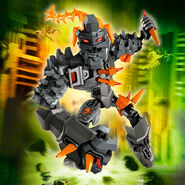 Shot of all parts 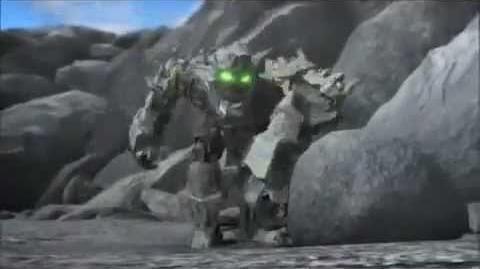