4439 Heavy-Duty Helicopter is a City Forest set released in 2012. It includes a large twin-rotor helicopter with spinning rotors and opening doors, a six wheeled ATV with storage compartments, warning lights and a steering wheel and three minifigures; two pilots and a police ranger. 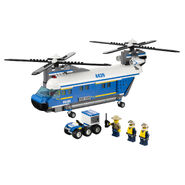 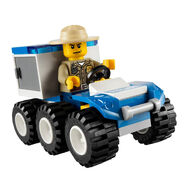 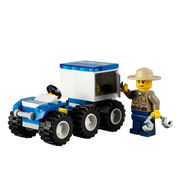