4855 Spider-Man's Train Rescue is a Spider-Man 2 set released in 2004. It comes with a train on a train track, Doc Ock, Spider-Man, J. Jonah Jameson, and a Subway Train Conductor. If the slammer is slammed while the train is next to it, it will get sent down the track into the spider webs. The newspaper is exclusive to the set with a new decorative printing saying, "Doc Ock Still At Large!". Two translucent spiders are also included in this set. 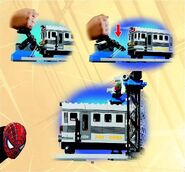 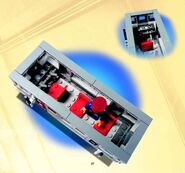 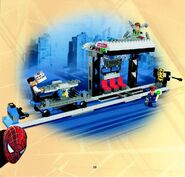 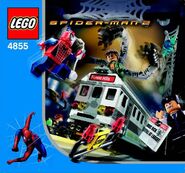 Retrieved from "https://brickipedia.fandom.com/wiki/4855_Spider-Man%27s_Train_Rescue?oldid=1967210"
Community content is available under CC-BY-SA unless otherwise noted.