Brickipedia
Register
Don't have an account?
Sign In
Advertisement
in: Class 4 articles, Sets listed for ages 8 - 12, Creator,
and 3 more
English

5771 Hillside House is a Creator set that was released in June of 2011. The set contains 714 pieces to build a house, a blue car, a minifigure and a small, white, brick-built dog, with a leash around its neck. The age recommendation for this set is ages 8 through 12. 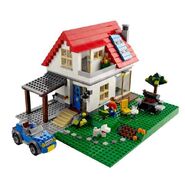 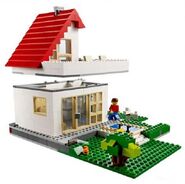 The set and its alternate models