5784 Soccer Mania (also known as Football Mania in Europe) is a Video Game released in 2002, and is based on the Soccer theme from Sports. In this game, players can practise their shooting or have a tournament against other teams around the world. There are five game modes: Quick Start, Exhibition, Story Mode, LEGO Cup Mode, and the Skill Zones. This game was re-released in 2007.

The story starts off with your team trying to win the LEGO cup by beating six other teams. After you do this, the Brickster steals the trophy. After a long journey of fighting teams from various themes to catch him, you find that you have to chase him to Mars. After acquiring enough pieces for a spaceship, you finally reach Mars. After the defeating Brickster Bots, the Brickster assembles the best team from the whole LEGO universe then you soon battle the Intergalactic team and the Brickster on Mars, defeating him, and it is apparent that he escapes; nonetheless, the trophy remains yours.

Prior to LEGO partnering with Silicon Dreams, Data Design Interactive (the developers of Rock Raiders) had been working on a LEGO soccer/football game, LEGO Football 2000. The exact reasons behind DDI's game being canceled are unclear, but Silicon Dreams' history of creating soccer games likely played a role.

Before release, Soccer Mania was titled "LEGO Football" or "LEGO Soccer", but was renamed to remove "LEGO" from the title, much like Island Xtreme Stunts, Drome Racers, and other LEGO games from the era.

Silicon Dreams was working on a sequel, Football Mania 2, before the studio shut down.[1] Another studio, Blitz Games, later attempted creating Football Mania 2 (also known as LEGO Soccer Adventure), but this game was canceled as well.

The Bricksterbot shooting a goal. 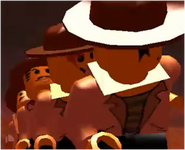 The Adventurer Explorers celebrating after scoring 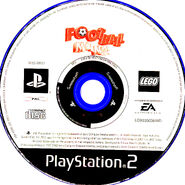 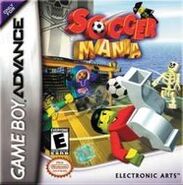 Lego Footbal - Official Promo Video - 2001-2
An early version of the intro from a demo disc, with the game's old "LEGO Football" title 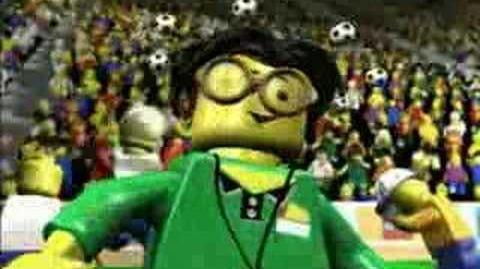