Brickipedia
Register
Don't have an account?
Sign In
Advertisement
in: Class 2 articles, Sets listed for ages 6 - 12, Pirates,
and 3 more
English

6253 Shipwreck Hideout is a Pirates set released in 2009. It was a Toys 'R' Us exclusive set in the United States.

This set contained one hideout used by the Pirates, a small boat, six minifigures: two Imperial Soldiers, Pirate, Lady Pirate, Captain Brickbeard, and a Pirate Skeleton, a Crow's nest used as a look-out post and a cannon. This is the only set to contain a tan rope bridge. The bridge can be tipped over to make the Imperial Soldiers fall. There is a hole in the captain's cabin that you can drop a skull through to scare the Imperial Soldiers below. There is also a blade guarding the treasure. 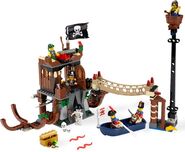 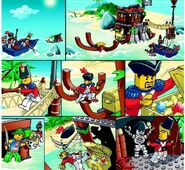 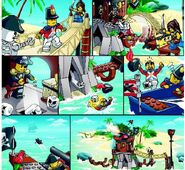