6291 Armada Flagship is a set from the Pirates theme of 2001. It contains 284 pieces and includes 3 minifigures. It was first released in 1996 as 6280 Armada Flagship. It is also known as 6291 Spaniard Ship.[source?] The set includes all three Imperial Armada minifigures. It appeared in the video game LEGO Racers on the Imperial Grand Prix track in the first and fourth circuits. 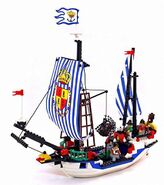 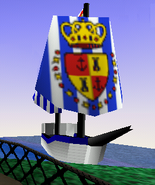 The flagship in LEGO Racers. (Note the Imperial guards flag)