Furno, in his Breakout form, is specially equipped and armed to fight Jawblade, the amphibious atrocity in shark form. He uses a red plasma gun with a harpoon launcher on top, a pack to speed up underwater, and a shield that could double as an arm flipper. On his right shoulder, he has a transparent orange armour plate. Long silver cords run from his back, under his arms, and to the top of the aqua jetpack. Though the set only includes one hand piece, the hand holding the gun is mostly hidden from view except when the gun is taken off. Like on most of the Heroes, his handcuffs are situated on his right thigh armour.
On his body armour, the printing appears as flames, shooting up from behind Furno's Hero Core.

In Breakout, Furno was first seen in 2.0 form in the villain storage level escorting Voltix to his cell. He fought several villains as they escaped, and later was upgraded to hunt down Jawblade on the planet Scylla. After being covered with rust by a sample of Oxidium, he escaped its effects by recharging his hero core and then caught and cuffed Jawblade. He arrived back at the Hero Factory in time to help take down Black Phantom’s Arachnix drones while Rocka defeated the villain. 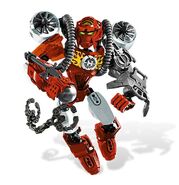 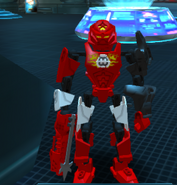 How he appears in the breakout online game. 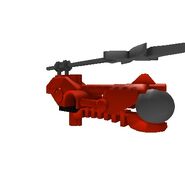 Furno's aqua jet blaster as an item in ROBLOX.

x12px $24.99 +
Released
2012 +
ShopDescription
Bring the villains to justice with FURN … Bring the villains to justice with FURNO!</br></br>Come in, FURNO! The villains have escaped through the black hole and your special abilities are needed. Some of the villains are heading straight for the water, so it’s lucky for us you’re equipped with a powerful aqua jet pack, harpoon and plasma gun. Get after them and do some underwater cuffing!</br></br>* Features hero cuffs, aqua jet pack, harpoon and plasma gun with shooter</br>* Fire the plasma shooter!</br>* Includes decorated chest piece!</br>* Highly flexible and poseable design!</br>* Also includes unique code worth 300 game points for LEGO Hero Factory BREAKOUT game!</br>* Battle with the villain 6216 JAWBLADE!</br>* Combine with 6216 JAWBLADE for an even bigger model!</br>* Stands over 7” (20cm) tall!igger model!
Theme
Hero Factory +
Title
Furno +
Type
Set +
USPrice
$12.99 +
Advertisement