Brickipedia
Register
Don't have an account?
Sign In
Advertisement
in: Class 3 articles, Sets listed for ages 7-12, Creator,
and 3 more
English

6914 Prehistoric Hunters is a Creator set released in late 2012. It contains 191 pieces and instructions for three models; a T-Rex, a Pterosaur called Rhamphorhynchus and an Apatosaurus. It is recommended for children aged 7 through to 12. 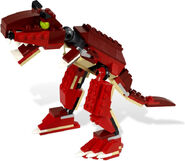 The main model of an inaccurate T-Rex 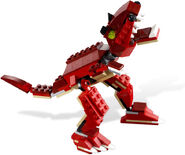 An alternate model of a Rhamphorhynchus

Another alternate model, this time, an Apatosaurus 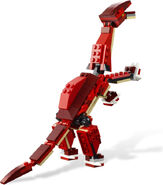