The spaceship consists of two separable segments. The front section with two cockpits, and the aft section that contains a detachable lab module which is held in place by two clamps. Just as in 6929 Starfleet Voyager, the cockpits have transparent blue windshields at their bottom. The lab module can be opened by folding the roof to the side and is equipped with a dish antenna that can be collapsed to lie flat on the roof.

One of the ground vehicles is a typical rover that carries a metal detector. The other is equipped with a hose. 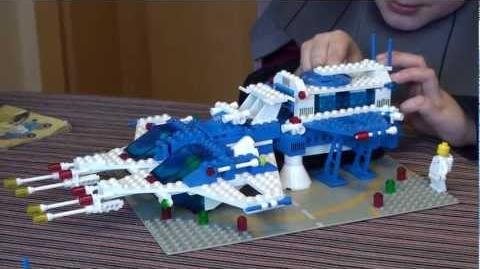