From 1949-1952 this set contained bricks in five colours. They were bright red, white, bright yellow, light green and medium blue.
From 1952 to 1953 the set contained bricks in four colours which were bright red, white, bright yellow and light green.
Starting in late 1954 the set only contained bright red and white bricks.
The set also came with two art cards for making picture frames. These art cards were discontinued when the Automatic binding bricks ended production in 1953 in favor of LEGO Mursten bricks.
There were nine different flat box versions of this set.
When LEGO sales started in Switzerland in 1957, the 700/1 Gift Package set came in a canister set with a tin top. It was produced from 1957 through 1965 in the canister. 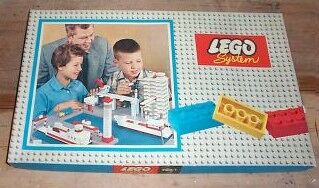 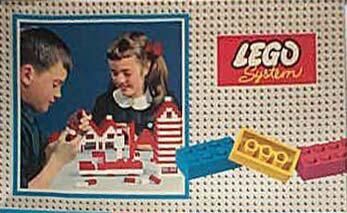