The set includes the Ultra Agents Ocean HQ, which is a boat with a spring-loaded harpoon launcher in the front, side blasters, and a rapid-fire stud shooter, as well as an electric hover jet for Electrolyzer. Agent Caila Phoenix on a jetpack, Agent Jack Fury in a speedboat, Terabyte as a prisoner, and Agent Steve Zeal and Agent Trey Swift with brick-built blasters. 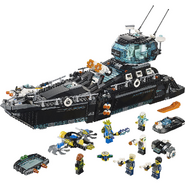 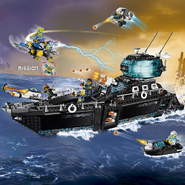 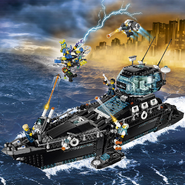 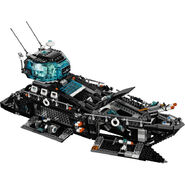