70502 Cole's Earth Driller is a Ninjago set to be released in 2013. It includes Cole and Stone Swordsman minifigures. 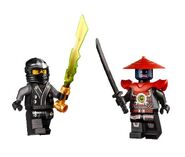 Retrieved from "https://brickipedia.fandom.com/wiki/70502_Cole%27s_Earth_Driller?oldid=1184541"
Community content is available under CC-BY-SA unless otherwise noted.