Brickipedia
Register
Don't have an account?
Sign In
Advertisement
in: Class 4 articles, Sets listed for ages 8-14, 2014 sets,
and 2 more
English

The set features a bike for the OverBorg, a motorcycle for Lloyd, and a ramp with a trash can and fire hydrant. 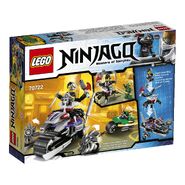 The back of the box, detailing the play features 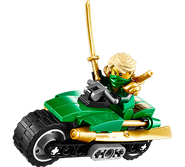 Lloyd driving his motorbike in the ad for the set