70903 The Riddler Riddle Racer is a The LEGO Batman Movie set released in January 2017. The main model consists of a sleek green and white sports car, with yellow and orange lights and rear-mounted pop-up missile launchers. The Riddler is included, along with Batman and minor villains Magpie, Calendar Man, and Kite Man. 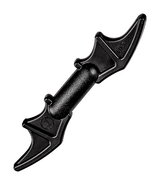 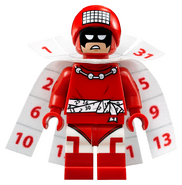