Brickipedia
Register
Don't have an account?
Sign In
Advertisement
in: Class 3 articles, Sets listed for ages 8-14, The LEGO Batman Movie,
and 2 more
English

70904 Clayface Splat Attack is a The LEGO Batman Movie set released in January 2017.

Clayface appears as a large, nougat and brown colored, vaguely humanoid shaped figure, with yellow eyes and a large mouth. He has two hands; each fires six studs, and is interchangeable with a hammer-shaped hand piece included in the set. Six extra studs and a sludge trap capable of fitting a minifigure are also included, along with Batman and Mayor McCaskill. 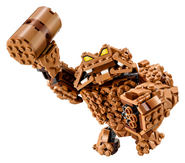 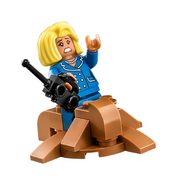 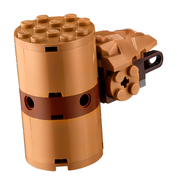 $34.99 +
Released
2017 +
ShopDescription
Team up with Batman™ to take on Clayface™ … Team up with Batman™ to take on Clayface™ and free Mayor McCaskill from the clay prison in THE LEGO® BATMAN MOVIE: Clayface Splat Attack set. The highly posable, buildable Clayface figure features three interchangeable hands—two with a six-stud rapid shooter each and one with a clay hammer—while Batman is armed with a Batarang to dial up the role-play conflict. Includes two minifigures and a brick-built figure.</br></br>*Build your own clash between the Caped Crusader and the monstrous Clayface!</br>*Featured in THE LEGO BATMAN MOVIE</br>*Includes Batman and Mayor McCaskill minifigures, plus brick-built Clayface figure with posable arms, legs and head</br>*The LEGO Batman Movie toys are compatible with all LEGO construction sets for creative building</br>*Clayface stands over 5” tall. Clay prison measures over 1” tall, 1” deep and under 1” high</br>448 pieces – For boys and girls between the ages of 8 and 14 years oldrls between the ages of 8 and 14 years old +
Theme
The LEGO Batman Movie +
Title
Clayface Splat Attack +
Txt1
Batman +
Txt2
Mayor McCaskill +
Type
Set +
USPrice
$34.99 +
Advertisement