Brickipedia
Register
Don't have an account?
Sign In
Advertisement
in: Class 4 articles, Sets listed for ages 8-14, The LEGO Batman Movie,
and 2 more
English

70907 Killer Croc Tail-Gator is a The LEGO Batman Movie set released in January 2017. The main model is a large pickup truck, with a dark-red cabin, white hood, and brown back half/truck bed (to simulate "rust"). The truck has a very scrapped-together look; its tires are on monster truck-style risers, there are "planks of wood" covering up parts of the exterior, no two lights are the same, there's a cage cover on the back half of the truck (with "keep out" and a warning sign attached), an 8-ball stick shift is mounted to the back, and a super-charged engine is seen sticking out of the hood, placed behind a cow skull. A jetski for Batman is also included. Figures present are Killer Croc, Batman, Tarantula, and Zebra Man. 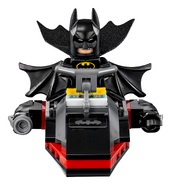 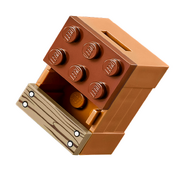 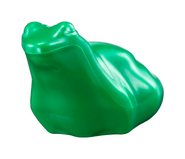 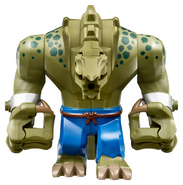 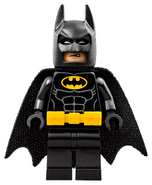