The LEGO Batman Movie
70908 The Scuttler is a 775 piece The LEGO Batman Movie set in the theme released in January 2017. It includes Batman, Barbara Gordon (in SWAT attire), Dick Grayson, Commissioner Gordon, Poison Ivy and The Joker. The set consists of the Scuttler, a large mech; a jetpack for Batman; and a ride-able plant creature for Poison Ivy. 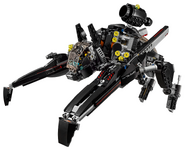 Complete view of the Scuttler. 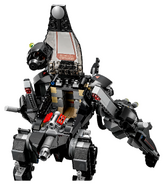 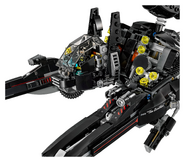 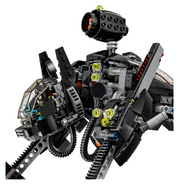 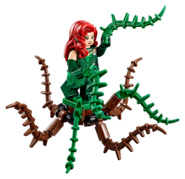