Brickipedia
Register
Don't have an account?
Sign In
Advertisement
in: Class 4 articles, Sets listed for ages 8-14, The LEGO Batman Movie,
and 2 more
English

The LEGO Batman Movie
70911 The Penguin Arctic Roller is a The LEGO Batman Movie set released in January 2017. The set represents a heavily-modified early 20th century car, with a long hood, swooping fenders and a short cabin. Modifications include an excess amount of various sized front lights, a missile shooter in place of a front grille, two smaller wheels in place of a larger one in the rear, and fish missiles affixed to either side of the vehicle. The back also features a hatch; when opened, an escape sled can be removed. Minifigures include The Penguin and Batman. 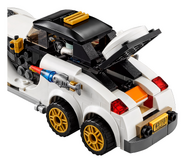 Penguin Slider loaded into back. 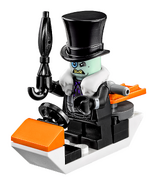 The Penguin on his Penguin Slider. 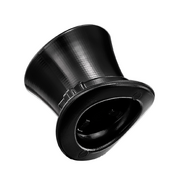