7091 Knights' Catapult Defense is a Castle (2007) set released in 2007, intended for ages 5–12. It includes two knights with a catapult and two skeleton warriors, who are armed with a crossbow and maceball.

affair, with four wheels attached to it, two on either side. Attached to the base is a rotating platform which contains the catapult. The catapult itself has a wheel on one side, so the knights can "fire" it.

The Barricade The barricade

is a small wall, turned inward on either side, which has spikes mounted on it, and a shield attached to its front-most end.

Who goes there? The brave knights of the kingdom do! Defend the castle and demolish the skeleton warriors' barricade with the knights' powerful firing catapult. Includes 2 knights and 2 skeleton minifigures! 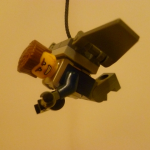 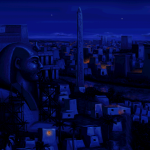