Brickipedia
Register
Don't have an account?
Sign In
Advertisement
in: Class 3 articles, Sets listed for ages 18+, 2020 sets,
and 3 more
English

The Nintendo Entertainment System (NES) is an 8-bit third-generation home video game console produced by Nintendo. Nintendo first released it in Japan as the Family Computer, commonly known as the Famicom, in 1983. The NES, a remodelled version, was released internationally in the following years.

The NES featured a number of groundbreaking games, such as the platform game Super Mario Bros. and the action-adventure games The Legend of Zelda and Metroid. As one of the bestselling consoles of its time, the NES helped revitalize the US video game industry following the video game crash of 1983. Nintendo introduced a now-standard business model of licensing third-party developers to produce and distribute games for the NES. The NES was succeeded by the Super Nintendo Entertainment System, which launched in Japan in 1990 and released in North America in 1991. 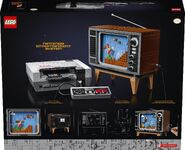 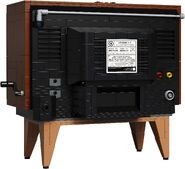