"Heroes to the core!"
―William Furno

Furno has transparent yellow-green eyes, red armour, and bright orange limbs. For a weapon, he uses a dual fire shooter, consisting of two identical pieces, each with a silver hilt and a translucent orange blade. Unlike the three full-fledged Heroes, Furno has two complete arms with hands. A slightly altered design can be found in 7158 Furno Bike. The back of the canister shows William Furno battling Rotor.

When Furno was created in the Assembly Tower, Hero Factory's founder, Akiyama Makuro, noted that there was something different about him. After Furno's construction was complete he was placed in the Quaza Chamber for charging, at which point the reaction in his core caused by his charging nearly blew the Tower off the map. He successfully captured the Villain Rotor, and has helped in the capturing of the rest of Von Nebula's gang as well as the mastermind himself. He later fought the Fire Villains with the rest of the team but was defeated. In order to defeat the villains he was upgraded to Furno 2.0. 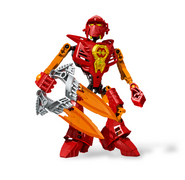 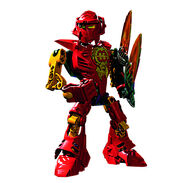 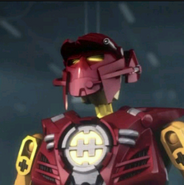 A wallpaper of Furno

x12px $17.99 +
Released
2010 +
ShopDescription
Blaze into battle with Furno’s fire pow … Blaze into battle with Furno’s fire powers!</br></br>Rookie Leader Furno is on his final trial mission before being promoted to hero. Furno torches enemies with flames of fury from his dual fire shooter. Look out, Von Nebula! This scorched bot has something to prove!</br></br>* Rookie of the Alpha team!</br>* Armed with a dual fire shooter!</br>* Equipped with removable hero core, high-tech air armor and a helmet with camera and communications headset!</br>* Over 6” (15cm) tall!unications headset!
Theme
Hero Factory +
Title
William Furno +
Type
Set +
USPrice
$7.99 +
Advertisement