75000 Clone Troopers vs. Droidekas is a 124 piece Star Wars set released in 2013. It contains a Forward Command Centre, a redesigned Phase I Clone Trooper, a Clone Trooper Sergeant and two Droidekas.

Jedi Master Yoda and Commander CRC-09/571 were stationed in the first Republic FCC during the First Battle of Geonosis. Here, CRC-09/571 informed Yoda that the forward positions of the clones were advancing on Separatist forces. Yoda's order to target the nearest Core ship was relayed to the artillery units from the center. Although the center lacked weapons, it was heavily guarded by two Republic gunships and many AT-TEs.

A similar center was used by Obi-Wan Kenobi during the Battle of Muunilinst. 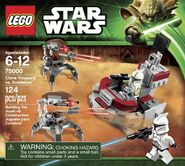 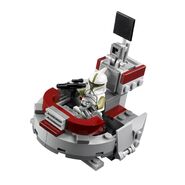 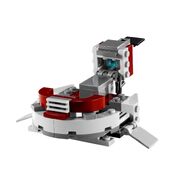