Brickipedia
Register
Don't have an account?
Sign In
Advertisement
in: Class 3 articles, Sets listed for ages 8-14, Pages that link to Legopedia (Russian),
and 6 more
English

The TIE Striker was a streamlined variant of the TIE line starfighters used by the Galactic Empire for in-atmosphere engagements and the defense of important Imperial bases. Though designed for the atmosphere, it could also function in space and accompany traditional TIE fighters. Equipped with advanced high-speed wings, it was faster than the standard TIE/LN starfighter and had an extra pair of laser barrels. 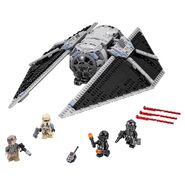 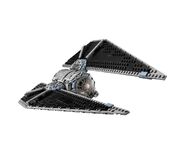 Image from the box cover