Brickipedia
Register
Don't have an account?
Sign In
Advertisement
in: Class 3 articles, Sets listed for ages 18+, 2020 sets,
and 5 more
English

75294 Bespin Duel is a Star Wars set that was released on August 27th, 2020. This set celebrates the 40th Anniversary of Star Wars: The Empire Strikes Back.

The Duel on Cloud City was a lightsaber duel that took place between Luke Skywalker and Darth Vader, during the Galactic Civil War. The inexperienced Skywalker was ultimately outmatched against Lord Vader and was defeated, losing his hand in the process. At the end of the battle, Vader revealed to Skywalker that he was, in fact, Luke's own father—Anakin Skywalker.

The Alliance to Restore the Republic had just recently been defeated during the disastrous Battle of Hoth. Though the Rebels had managed to stave off total destruction, the conflict had seen the Alliance's primary military base destroyed and their surviving forces scattered. Darth Vader, who had led the Imperial assault, had arrived in Echo Base's main hangar just in time to see the Falcon depart. Vader had been attempting for months to track down and capture Luke Skywalker in order to turn the boy into his apprentice. Recognizing Solo's ship, and realizing who was aboard it, Vader concocted a plan to lure Skywalker to him by capturing and torturing his friends. Using Lando Calrissian as bait by holding his city hostage, Vader managed to lure Skywalker into a trap, defeating him and revealing that he was Skywalker's father. Skywalker managed to escape, however, being picked up by the Millennium Falcon. 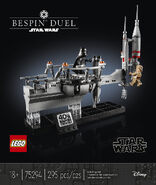 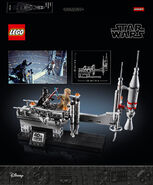 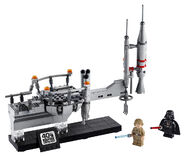