Brickipedia
Register
Don't have an account?
Sign In
Advertisement
in: Class 3 articles, Sets listed for ages 5-12, Scooby-Doo,
and 3 more
English

75900 Mummy Museum Mystery is a Scooby-Doo set released in 2015. It includes Scooby-Doo, Shaggy, and the Mummy. The set features a small shrine with a sarcophagus containing the mummy up against the wall.[1]

The set depicts a sarcophagus being exhibited in a museum. On both sides of the sarcophagus there are two pillars with paintings on them; one showing a scroll with hieroglyphics and a diamond in the center, and the other showing Johnny Thunder holding a diamond with a biplane flying overhead with the subtitle 1922 under the painting. A gold chain is attached the sarcophagus, which is used to pull it open and reveal the Mummy. Underneath the exhibit is a secret compartment where the diamonds included in the set are put. It is opened via a hinged area in the front. A case file with the picture of a sarcophagus, a map, and a picture of a diamond with a question mark next to it. 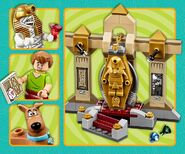 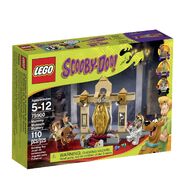 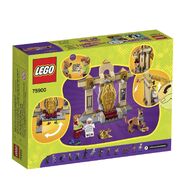 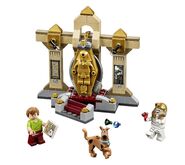 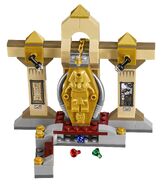