76021 The Milano Spaceship Rescue is a Marvel Super Heroes set to be released in 2014. It will be based off of the upcoming film Guardians of the Galaxy. It features the Guardians main yellow and blue source of transport, Peter Quill's ship the Milano, and a small one man space craft. It has 665 pieces. 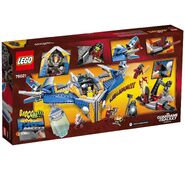 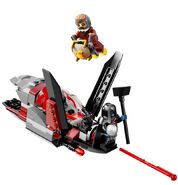