Brickipedia
Register
Don't have an account?
Sign In
Advertisement
in: Class 2 articles, Sets listed for ages 8-14, Pages that link to Legopedia (Russian),
and 6 more
English

76046 Heroes of Justice: Sky High Battle is a DC Comics set based on Batman V Superman: Dawn of Justice, released on January 1, 2016.

All minifigures are based on their appearance in Batman V Superman: Dawn of Justice.

Batman wears his grey Batsuit with black cowl, boots and cape, and the torso features muscular print and the new Batsymbol.

Superman wears his new suit consisting of red cape and boots, and a blue suit with muscular printing, adding a new belt and the "S" symbol. He also has a new hairpiece.

Wonder Woman also wears a new hairpiece in dark brown. Her face includes her tiara (instead wearing it on the hairpiece like all previous versions of her). She wears red and golden boots, and a blue skirt and red armored top with golden belt featuring the Wonder Woman logo. She also wears for the first time her silver bracelets, and as weapons, she has a sword and a round shield with the print of an eagle.

Lois Lane wears the same hairpiece as in Man Of Steel sets, but she wears a new face and suit, consisting of black pants and jacket, and a light blue/green buttoned shirt. Her accesory is a camera.

Lex Luthor wears a ginger hair, and a sand coloured suit. His face is the same as in the Super Heroes sets.

The set includes a LexCorp helicopter mainly consisting of black and green bricks, like other LexCorp vehicles, and the new Batwing with an openable cockpit, posable wings and a multipe stud shooter at the front.

The set is loosely based on several scenes from Batman V. Superman: Dawn of Justice. Lex Luthor and his helicopter appears when Superman confronts him on top of the LexCorp building. Lois Lane appears in hopes of stopping the fight between Batman and Superman. The Batwing appears when Batman goes to rescue Martha Kent from KGBeast and his men and later to fight against Doomsday. Wonder Woman appears alongside Batman and Superman in hopes of beating Doomsday. 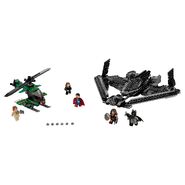 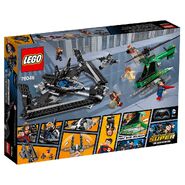 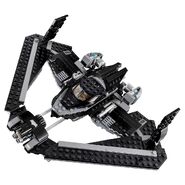 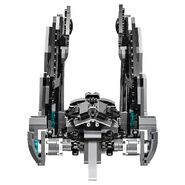 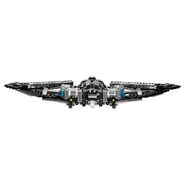 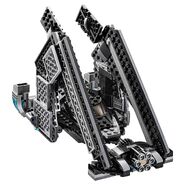 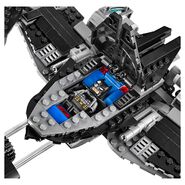 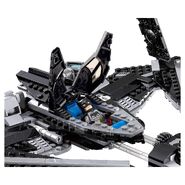 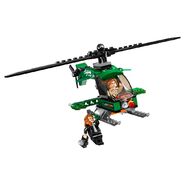 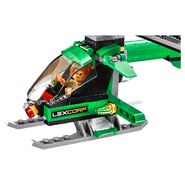 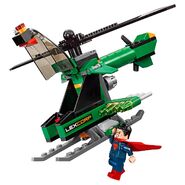 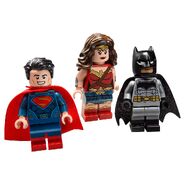