Brickipedia
Register
Don't have an account?
Sign In
Advertisement
in: Class 3 articles, Sets listed for ages 8-14, 76000 sets,
and 4 more
English

Emergency! Cull Obsidian and Ebony Maw are attacking the Holy of Holies of Dr. Strange!

Together with the Spider-Man, jump off them from the roof. Unite with the Iron Man and Dr. Strange and use their powers to repel super villains. If Ebony Maw is able to penetrate the bedroom of Peter Parker, lead him from there through the secret hatch.

You must stop the evil invaders before they blow up the wall of the Holy of Holies Dr. Strange and get the infinity stone of time. After defeating your enemies, order pizza and celebrate it with Peter Parker! 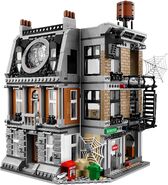 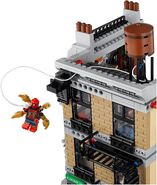