This set is based on the Halo from the episode "Bounty Hunters" Star Wars: The Clone Wars, Season 2. The Halo was a starship used by bounty hunters Sugi and Embo to defend a group of farmers on the planet Felucia when Hondo Ohnaka and his pirate gang attacked them. The ship was also called in when rescuing Chewbacca, Ahsoka Tano and a team of Jedi Padawans from Trandosha. 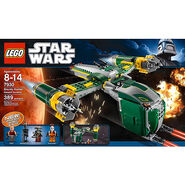 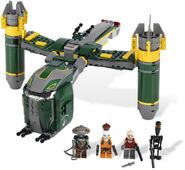 The Gunship with cockpit open. 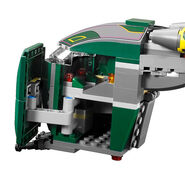 The Gunship in space.