Brickipedia
Register
Don't have an account?
Sign In
Advertisement
in: Class 3 articles, Sets listed for ages 6 - 12, City,
and 7 more
English

7939 Cargo Train is a City Trains set released in June 2010. This set was sold in the US as a Special Edition set at the LEGO Store and Toys 'R' Us.

This set is similar in idea to 7898 Cargo Train Deluxe, the only major difference, apart from colours, being that the 2006 set had the old RC system, instead of power functions; and a large overhead crane and container truck. The blue car is nearly identical to 3177 Small Car.

Included track elements are: eight pieces of Straight Rails, 16 pieces of Curved Rails and 16 pieces of the new Flexible Train Track as well as one left and one right Switching Track. 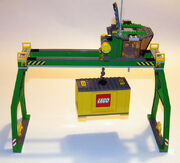 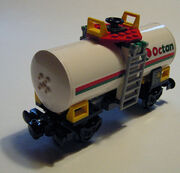